Most producers do not have winter forages for grazing and so they depend mostly on legume, grass, or mixed grass/legume hays. Such hays are typically cheaper in terms of protein (CP) and energy (TDN) content than commonly available grains, grain byproducts, and oilseed meals. Females of breeding age can ‘make it’ on all-forage diets, either pastures or hays, provided the protein and energy contents of the hay is adequate for individual goat needs (maintenance, gestation, lactation, and, as necessary, growth).

When is it time to supplement forage?

Dry and early-gestation does typically require diets containing 8-10% CP and 48-50% TDN. Many higher quality grass hays meet these figures, making supplementation unnecessary. Likewise, legume or grass/legume hays may contain enough CP and TDN to meet the increased needs of late-gestation and early-lactation does.

There are, however, certain situations in which CP and/or TDN supplementation could be nutritionally required (and might be economically feasible, depending on prices of the extra nutrients and on specific management objectives).

In these situations, it would be logical to separate the ‘needier’ animals from the ‘less needy’ animals in order to offer costlier supplements only to the animals with the highest need. On the other hand, site-specific circumstances may not permit such separations. If so, owners face the dilemma of over-feeding one group or underfeeding the other group. Feeding a compromise (mid-point ‘average offering’) might make some owners feel better, but it does not circumvent the issue.

Table 1. shows the pounds of CP and TDN required daily for early- and late-gestation and for early-, mid-, and late- lactation does weighing 132 and 154 lb. 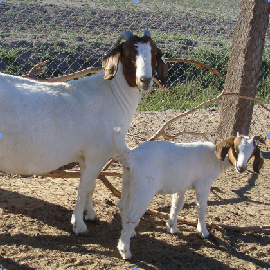 For convenience, it also shows these daily CP and TDN requirements as percentages of the average daily feed intake (DFI)

The pounds of DFI shown in the table (and also the pounds of CP and TDN) are taken from the book, Nutrient Requirements of Small Ruminants, published by the National Research Council (NRC). This is the ‘bible’ for goat nutritionists worldwide because it reflects international research results over many years using many breeds. For your convenience, I have converted the NRC’s metric figures and figures from dry-matter basis to as-fed basis in order to reflect the fact that goats typically eat hays containing about 10% moisture.

As you closely examine the figures in Table 1, certain ‘principles’ become obvious:

2. When comparing nutritional needs of does of the same weight and same number of kids in utero between early and late gestation, does in late gestation (the last 6-8 weeks) require more DFI than comparable does in early gestation.

4. Late-gestation does require higher TDN (quantity and percentage) than early-gestation does, regardless of the number of kids carried.

6. Similar variations in nutrient needs across body weights, number of kids suckling, and stages of lactation are also observable. During early lactation (parturition to 45 days), the DFI of does, regardless of weight, is usually lower than needed (they simply can’t eat enough); this causes the animals to lose weight. During mid lactation (46-90 days), they eat more and their body weight tends to stabilize; in late lactation (91-135 days), even though they typically eat somewhat less, they begin to gain weight as they dry up. During the following dry period, if they do not gain sufficient condition, they may need extra nutrients 45 days or so before breeding (this is called ‘flushing’).

7. Does suckling triplets require more DFI, more daily protein, and more daily TDN than does suckling twins, whether stated as actual daily intakes or as dietary percentages. Quads would require even more nutrients from the doe, of course.

The application of these demonstrated principles of nutrition to practical herd management situations will be discussed in a follow-up article, but in the meantime, a close examination of the CP and TDN percentages needed, as shown in Table 1, suggests strongly that forage-only feeding programs are quite doable if you have sufficient hays in the 10-13% CP range and 47-50% TDN range, as-fed basis. As such, some extra grain (for TDN) would likely only be required only for late gestation does and for pregnant kids and thin yearling does. Moreover, some portion of large, heavy milking does and yearling first-fresheners in early lactation might also benefit from a bit of concentrate (containing perhaps 16% CP and 60% TDN, or more). 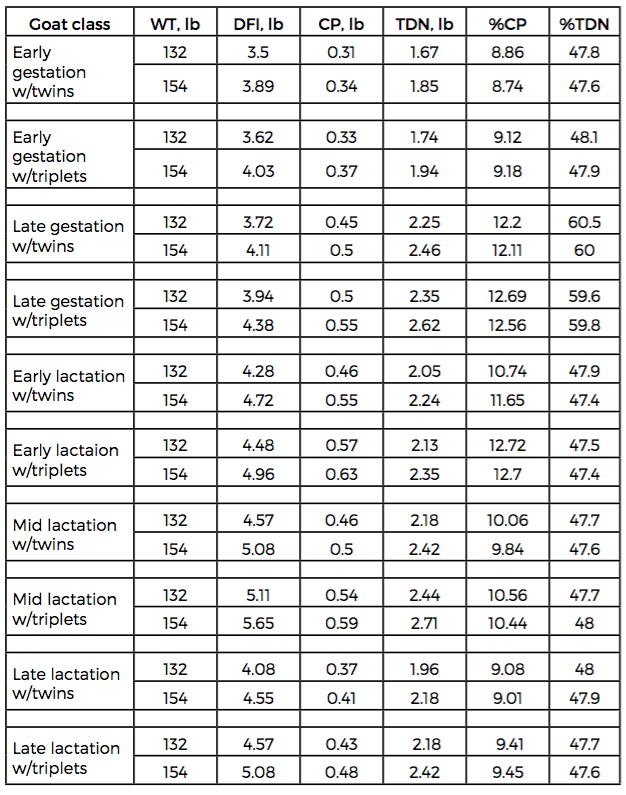 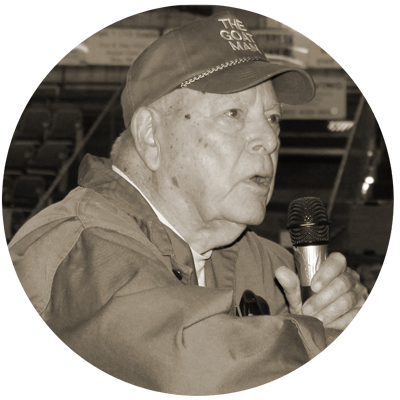 Dr. Frank Pinkerton is one of the industry’s most highly regarded writers and speakers on meat goat nutrition, marketing and management. His book, A Compilation of the Wit and Wisdom of the “The Goat Man” is available at the Goat Rancher Store. He can be reached by phone at 512.392.4123 or email, akathegoatman@icloud.com.

The information contained in this site is for general guidance on matters of interest only. The information is provided with the understanding that the authors and publishers are not herein engaged in rendering veterinary or other professional advice. While EasyKeeper Herd Manager, Inc. ("Company") has made every attempt to ensure that the information contained in this site has been obtained from reliable sources, no liability can be accepted for any errors or omission or for any person acting or refraining from acting on the information provided on this site. As such, it should not be used as a substitute for consultation with licensed veterinarians or other competent advisors. It is the sole responsibility of the reader to obtain veterinary services and advice before using any of the information in this site.

The Company accepts no responsibility for the content of any website to which a hypertext link from this website exists. The inclusion of a hypertext link to another website does not constitute an endorsement of that site by the Company.